Welcome to Birding Basingstoke and Deane.

My interest in birds started in Middlesex in the late 1960's whilst at junior school, and apart from being only a casual birder when my two children were small I've been birding ever since. This crazy hobby has taken me the length and breadth of the country, but other than the odd twitch I now mainly concentrate on the county of Hampshire where I live and more recently in the borough of Basingstoke and Deane - this has become my passion, hence the blog and now this website. My interest in bird photography started in my teens and with modern digital photography making it a little easier to get decent results (only a little easier mind!) my interest has been rekindled. My other passion is Queens Park Rangers Football Club where I'm a season ticket holder and I've supported them about the same length of time as I've been birding. When I'm not enjoying myself I work as a designer in the oil and gas industry!

Basingstoke and Deane is actually quite large, covering over 245 square miles in north Hampshire of which over 90% is rural. Much of the district is under-watched or even completely ignored by birders, so is it really worth bothering with? The answer is definitely yes! True, one is not going to see the number of species one might find at some of the well-watched sites on the Hampshire coast, but good quality birds do turn up if one is prepared to watch these less fashionable sites on a regular basis. Local rarities include the Radde’s Warbler at Sherborne St. John in 2005 and more recently the recent Pied Wheatear at Monk Sherborne in December 2013; both were Hampshire firsts - I saw neither by the way! 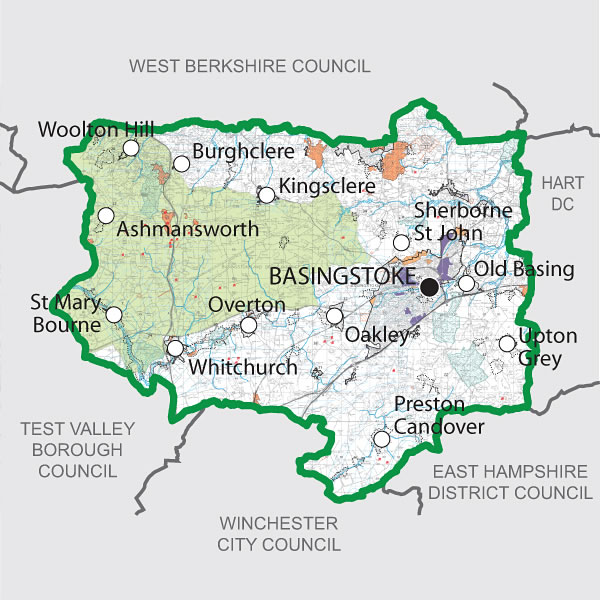 
The primary objective of this website is to promote interest in the birds found in borough and to build a photographic record of as many of its species as possible. Apart from ‘Beyond the borough’, all the images were obtained within the district boundary.

I am also planning to write a series of site guides which will appear in due course.........

I hope you enjoy looking through the site and please feel free to sign the Guestbook by leaving your message on the contact form.